Divorce Advice From the Trenches 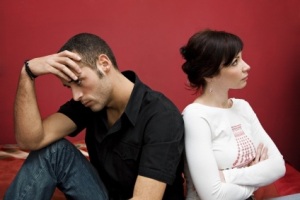 Looking back on my divorce, now almost 20 years in the rearview mirror, I wish I’d gotten better advice. Given a dearth of “life after divorce” books in 1992, I was more or less on my own when it came to navigating the rocky shoals of marital splitsville. The few friends I had who’d suffered through this type of personal crisis weren’t much help; their advice seemed to consist of nuggets like “hang in there,” “take him for all he’s worth,” and “sleep with the pool boy” — none of which resonated with my particular situation.

I still cared for and respected my husband, even though I was tired of him, of the marriage, and of my own unhappiness. Calling it off was one of the most painful things I’d ever had to do. Luckily, he was fed up with me, too, and was fair when it came to splitting our property. Sure, I spent years tormenting myself, wondering about my role in dismantling what had once been a happy union. But in general my divorce was quite civil, and 15 years after our split, I set him up with his current girlfriend, and we are all now great friends.

But I’ve learned over the years that I was one of the lucky ones. If you’re over 40 and not married, it’s rare that you have not been divorced at least once, considering the 50 percent divorce rate. War stories are often the topic of conversation when friends gather. Compared to me, many of my friends suffered mightily with the Big D. Perhaps it was because my marriage had only lasted six years, and we were less… tangled?… than couples who spend 20 to 50 years joined at the hip.

“Disentangling is a long, painful process,” says my friend Eileen, one of several female-and-over-40 divorcees I asked for their best advice to deal with divorce. She is just coming out of an 18-year marriage. “I would tell someone not to expect things to be ironed out for years, like coming off anti-depressants: six months of withdrawal for every year of marriage.”

Yikes! But don’t be daunted. There are ways to fast-forward from Point A (sheer misery) to Point Z (living happily and embracing life with an open heart) with a minimum of pain. Perhaps step one is learning to stop beating yourself up. As Dr. Joyce Brothers famously said, “For some reason, we see divorce as a signal of failure, despite the fact that each of us has a right, and an obligation, to rectify any other mistake we make in life.”

Carol Simone, a spiritual advisor and consultant based in Palo Alto, Calif., uses her own story to illustrate how women in the throes of divorce can actually spark some fantastic self-discovery.

“My first marriage ended with my husband leaving for one of my girlfriends — a lovely woman who really loved him,” she says. “The first year was spent with women friends, the second with Freixenet champagne, and the third at East/West Books, which specializes in philosophy, spirituality and metaphysics. That was when my life really began. Everything opened up when I realized that I had created my life and that none of it was being done to me.”

It was then that she realized the victim route was not the way to go.

“I think the hardest thing for newly single people to get is that the clues on both sides were there all along,” she says, laughing. “Major clues. And somewhere our fears took over and we left and became unconscious to those clues. The way out of all of that craziness and projection is to develop a relationship with yourself and quiet down. Learn to breathe again.”

“And,” she adds, “don’t attempt another partnership until you return to yourself fully. Until you are free.”

All very good advice for repairing one’s spiritual self, but when it comes to the nuts and bolts of just getting through a divorce, no one dispenses it like women who have been there, done that.

← Every Parent’s Desire
Have the Courage to Follow Your Heart →

This site uses Akismet to reduce spam. Learn how your comment data is processed.