Last night my son arrived home from Colorado where he spent the summer with friends. Timeout from his home and family was a needed break for all of us!  At 21 he was doing what most 21 year olds likely do, but his antics were creating stress for the family.  Strong willed, a little arrogant, determined to do things his way, and not exercising the best decisions was making life difficult for himself and his family.  And the stress was taking its toll on me.

Terminally different since I can remember, my son definitely beats his own drum.  Difference is good in some ways, but since the age of 12 he has been a ride on the wild side. His antics and his determination to be daring actually contributed to my decision to write my book.  Teenagers and young adults don’t listen to their parents, which has got to be one of the great mysteries of life. And my son’s obsession with experiencing everything without limits has landed him in the hospital several times, the most recent with a broken wrist.

I have been waiting with great anticipation for that miraculous day when everything would turn around…and the waiting has seemed endless.  What I have not allowed myself to recognize is that he’s a normal (well perhaps a little on the risky side of normal) young adult anxious to experience life.  For me, I just wanted him to be safe and making good decisions, which meant no danger or chances.  As a self-proclaimed risk taker, my desire to shelter him from any harm is a little bit of a surprise to me…but I’m a parent.  And for those of you who are not yet parents, know that being a parent is the most difficult job on earth that doesn’t end when they get older…it just changes.

So during his stay in Colorado my focus was hoping that he would change his not so favorable ways and “get it” that he’s not making the best decisions.  Yesterday the whole day I was not myself.  I was afraid that our reunion would meet with the same attitude he went to Colorado with.  But he gave me the most wonderful words of hope I could have heard, and I knew that all my worry and stress had been unnecessary.  I asked him “what are you going to do when you get home.”  Thinking he would say “hang out with my friends”, or “party at the club”, all my hopes of  him “getting it” would be gone, so I braced myself for his answer. “I’m going to work on my future” was his answer.  It took me awhile to absorb his words, as I basked in deep relief inside that was peaceful.  “That’s a good answer”, I said, and I didn’t press him as to what that meant.  He had made lists out of all the things he wanted to do, starting with getting a job here and going to school again.  Wow!, kids really do grow up at some point, I thought.

As I went to sleep last night I was thinking about the last 9 years of his antics and this last summer.  What I realized is that life is hard and we are not prepared for it. We cannot possibly anticipate the peaks and valleys we will encounter. We have to take life as it comes and do the best we can.  I was never prepared for an adventure seeking, terminally different, seriously strong willed kid who was going to do what he wanted no matter what.  And I was definitely not prepared for all the stress, trips to the hospital, bad decisions he made, up all night worrying in the worst way, and the harm his behavior caused to our relationship.  He wanted to fly and I wanted to keep him safe.  He wanted to be autonomous and I wanted to know everything he was doing.  He wanted independence and to grow up his own way, and I wanted to tell him what he should be doing.  I’m a mom and just want the best for him.  But in being a mom, I had to back off because my constant expression of worry was pushing him further away from me in his own personal quest to be a man.

The reason for this post is this:  We cannot even begin to anticipate the road life will take us on. We just have to step up to life and say “I’m ready for whatever you give me”.  Sometimes that road is so difficult you start to wonder about the meaning of life and think “is this all there is?” Relationships change, tragedies happen, seasons come and go, children grow up, experience happens, lessons are learned, and through is all is the journey we are living in the moment.  We worry way too much about outcomes and the minor issues that that are part of the journey.  Had I just relaxed and realized that my son is on a different path than I had thought…but one that is meant for him, I would not have stressed so much.

Yes, I need to learn to relax and allow the river to take it’s course, and reveal the reasons and the meaning as if flows.  We don’t always agree with the direction our loved ones will take, the decisions they make, the pace at which they change, the incompatibilities we may  have, but its all just a part of life.  We love them anyway, want the best for them and need to accept their differences as who they are. A change in perception, a deeper faith that it is all unfolding as it should be and the courage to master our emotions are the magics that allow us to flow harmoniously with whatever is presented to us along life’s journey.  Stress, worry, anxiety and holding on destroy our wellbeing and change nothing.  Every individual has their own journey they need to take for their own fulfillment even though mom may cringe at the possibilities.  Relaxing in the faith that life happens the way it is meant to, and finding the meaning behind the happening is a much better way to face the difficulties.  I’m still learning, and it’s the hardest thing to let go of children who need to move on and create their own lives.  I think being a parent is an existence all in itself unlike anything else we live. 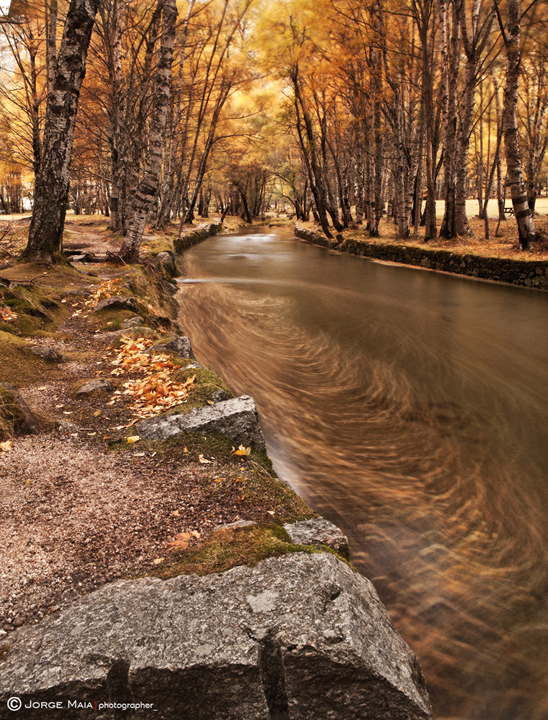 ← You Have to Take Your Power Back
The Freedom of Discipline →

This site uses Akismet to reduce spam. Learn how your comment data is processed.